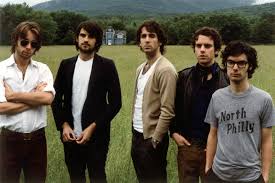 The Thrills have been described as having a classic pop rock sound like the anglo rock from the 60’s and early 70’s. Think of bands like Big Star, The Byrds and Buffalo Springfield and you get the picture. The Thrills hail from Dublin, Ireland and were formed in 2001 with their debut album, “So Much For The City”. The album peaked at #1 in Ireland and went to #3 in the U.K.

Their follow up, “Let’s Bottle Bohemia” was somewhat disappointing. While it reached number one in Ireland, it only peaked at #9 in the U.K. Their third album “Teenager” received mixed reviews although many consider it to be their best album. After Teenager, the band went on an indefinite hiatus and has done nothing since. However, many subsequent interviews with different band members have been positive and reinforced the message they have never split. They have only taken an extended break. And this is a good thing.

Muck like Big Star, the band is great and the music is outstanding, but they were simultaneously ahead and behind their time. Unlike Big Star (who actually invented Pop Rock) all of the original members are still alive and their is hope the band will catch fire and make more music. Until then, we are left with three classically pure, pop rock albums. If you have not heard them, stream on any streaming service or pick up an album or two. You won’t regret it.

A Great Irish Wine from France?