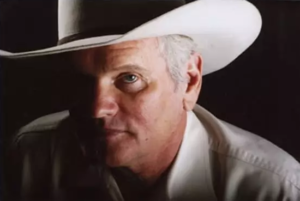 Carl Hutchens is just that.

Professional and experienced enough to be considered “polished”, you would never believe it when you hear him sing. While his voice is a rich baritone, there is an ache in his singing that suggests there is something raw and untamed that utterly spurns any suggestion of polish, even though he is technically flawless. His voice is soulful and forlorn. The kind of voice you believe because you know the man behind it has lived every word he is singing.

Carl Hutchens was called to music at an early age and began playing guitar in his teens. His earliest influences were Hank Williams, George Jones, Waylon Jennings and Willie Nelson. He has worked the trenches for most of his life playing for free at his earliest gigs and working his way to playing the Patriot Festival with The Gatlin Brothers. There is no doubt he could hold his own on any stage with any singer.

What was the first song you ever heard that ripped your heart out of your chest?

It’s not one song, it’s many. Everything is different, but when you hear something special you get the same feeling inside. I can’t even describe it, really. The best word might be moving, you know?

Who is the best country singer you ever heard.

I agree. Nobody is even close. Why do you think that is?

It’s that feeling again. Some singers or players get it once on one record. Patsy did it every time she sang a note. There was something inside of her. Hank Williams had that, too.

How old were you when you played your first gig?

Did you get paid?

No. That didn’t come till later.

How come you’ve never been signed?

I was. We had a little thing with a record label many years ago. It didn’t work out.

What do you think of today’s Country Music?

Well…I am old school. But some of the stuff today is pretty good, too. I just hope it doesn’t go so “pop” that we lose our roots. That would be sad.

True, but it would also be a great country song – a Texas original. Just like The Alamo.
Just like Carl Hutchens.

A Great Irish Wine from France?
Scroll to top